The people who ever scraped the ground to find siliceous earth, during the long history have probably tried out all possibilities to get hold of this special mineral. The funnel-shaped geometry and the low distance of the deposits towards the soil surface framed the limits of the work conditions.

The oldest exploitation of siliceous earth probably goes back to the ancient Romans: they scraped on the soil surface in small pits and holes. The big drawback of this exploitation method was, apart from the huge area and soil movements, the rain water that accumulated in the pits. 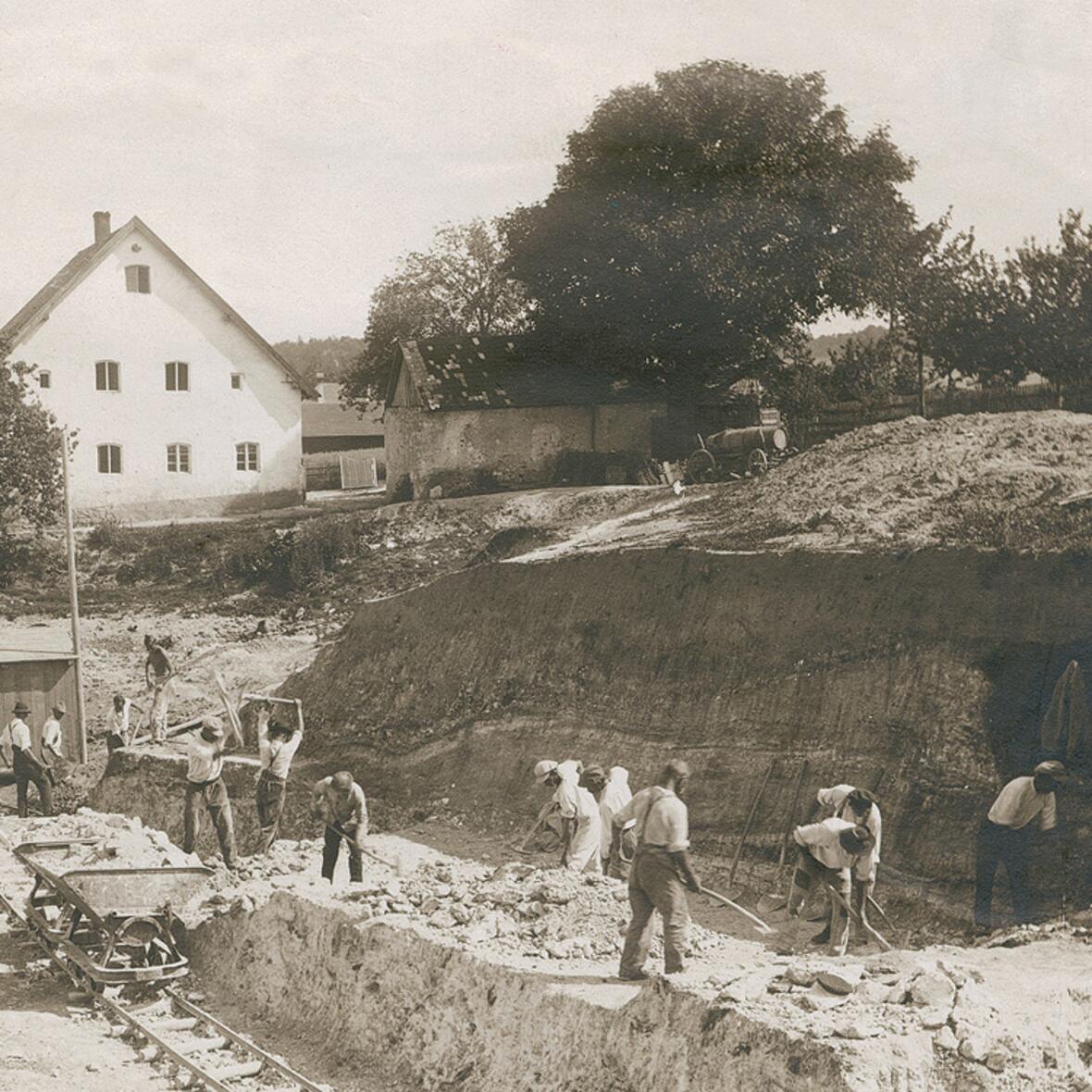 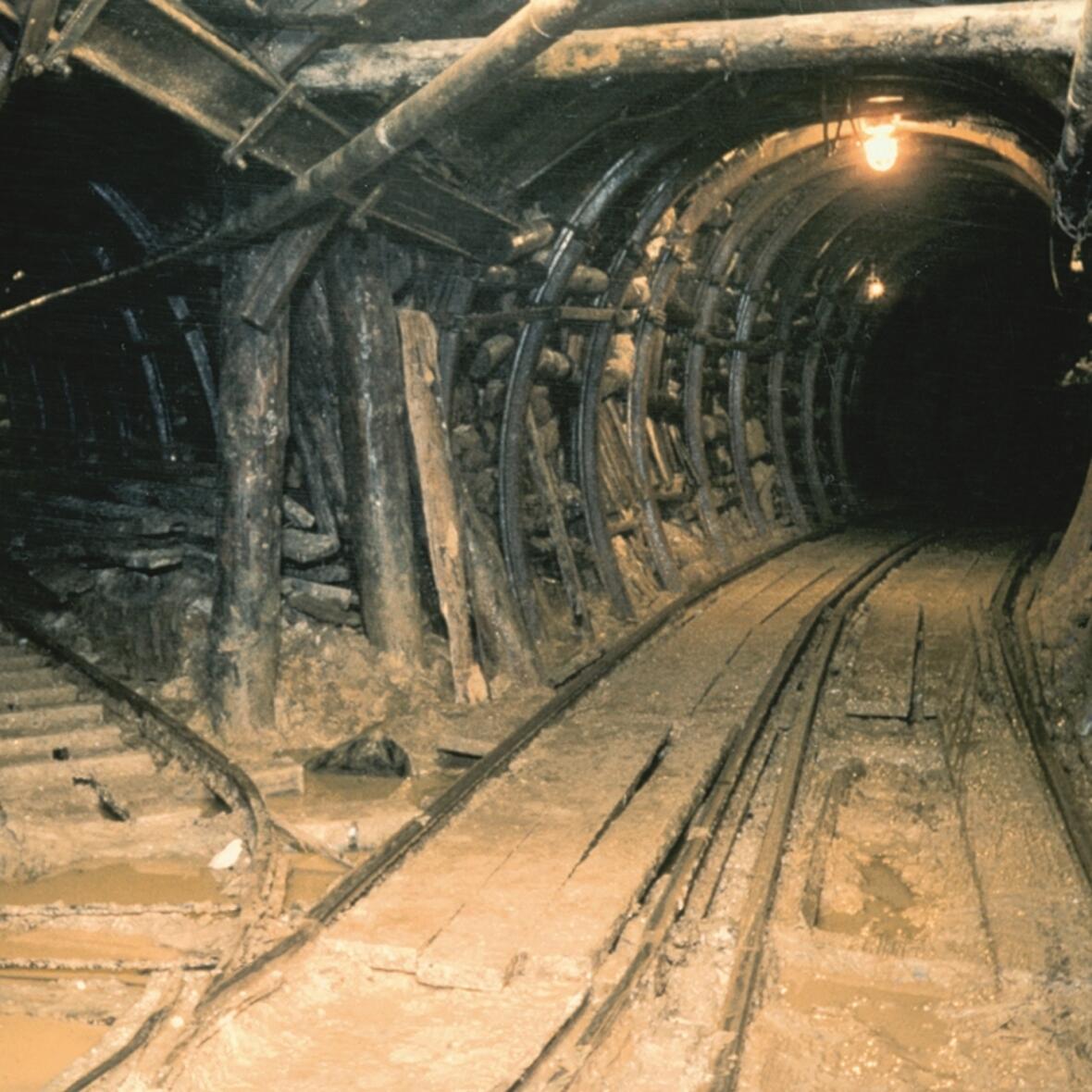 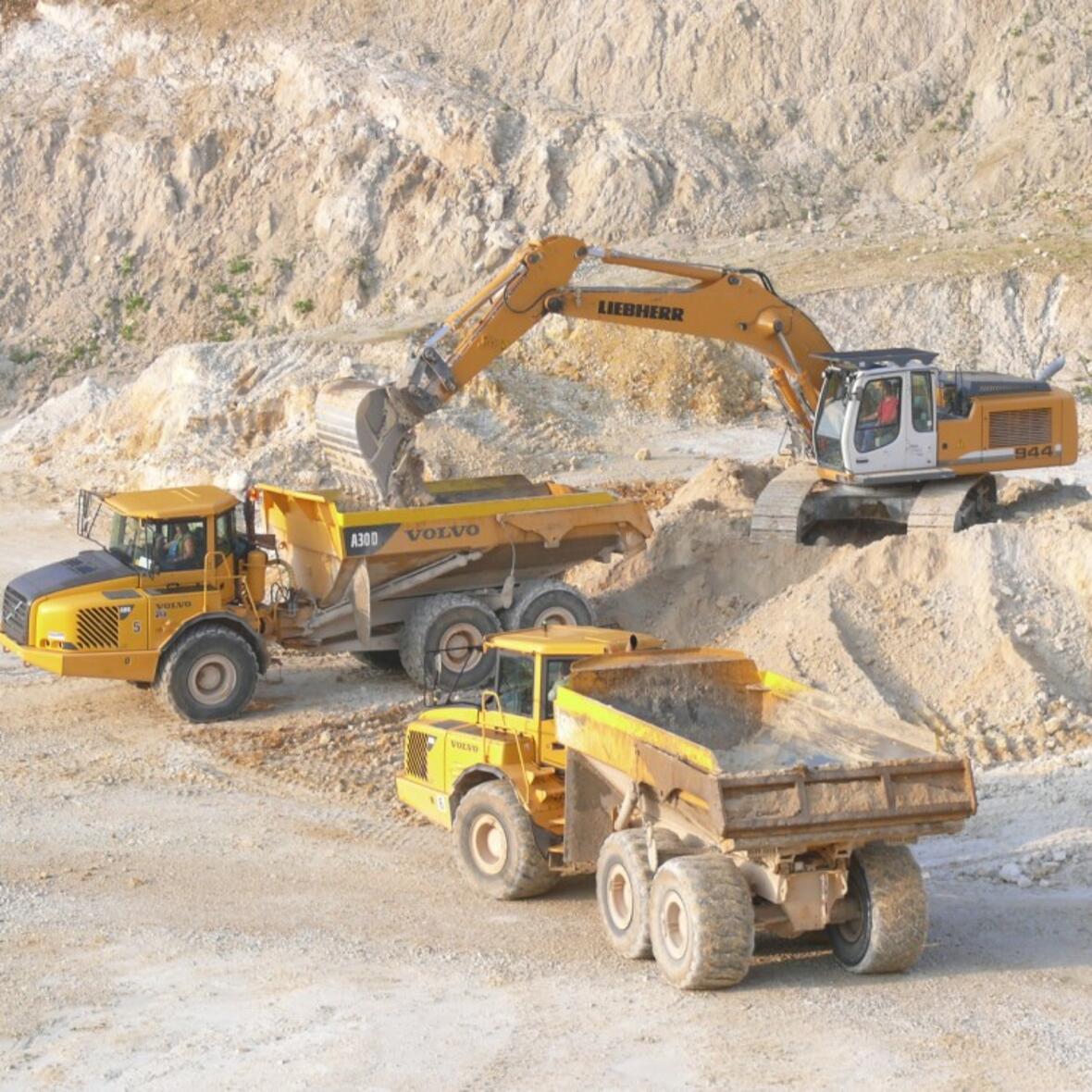 After the revival of the exploitation in the last two-hundred years, for such reasons underground mining was preferred. This was done with hatchet, winch and carriage by starting with a vertical hole and forces into place a horizontal or sloping gallery.

With time, mechanization took place with the introduction of pneumatic hammers, lorries and other rail and motor-driven transport systems. This resulted in multi-level mining pits where the siliceous earth itself formed pillars and level grounds, and therefore in good amounts could not be removed.

The modern open-air exploitation today is the optimum method under economical and safety aspects. Huge dredgers and dump trucks are able to rapidly move big amounts of soil. Blasting operations to loosen encased rock blocks are hardly required. In most cases, the overburden accumulated in a new mining area is directly filled into a neighboring finished open-air pit. This way, piles of waste dump can be largely avoided.

In the history of siliceous earth exploitation, open-air mining is at the same time the oldest and the most modern work method.

Vita of an open-air pit  -  the example “Am Steinbruch”

The opening, filling and recultivation of an open-air pit will be carried out by HOFFMANN MINERAL based on long years of experience and the state of art. The following summary of the vita of “Am Steinbruch” (‘By the Stone Quarry’) is meant to give an impression of the respective operations.

This siliceous earth open-cast pit was opened in the 90s, based on results of drill explorations, detailed projects, the agreement of licensing and other special and competent authorities as well as of the owner of the area, the Foundation “Studies Seminar Neuburg”.

In the winter of 1994, the forest area was cleared by the owner and sounded out by archeological specialists. Then Hoffmann Mineral started to work with dredgers and dump trucks to create free access to the siliceous earth stock. The first step here was the removal and dumping of the humus layers. The second step consisted of the elimination of the overburden, which was used to fill up the neighboring opencast pit “Pfaffengrund Ost”.

Finally in 1996, the exploitation of siliceous earth could start in the western and northern sections. Four years later, the pit could be enlarged in order to allow now also the exploitation of the eastern section, and until 2006 to carry the open pit deeper. At the end of the exploitation phase, in the summer of 2006, the bottom of the pit lastly went down 70 meters below the landscape surface.

In the course of the opening of the new pit “Schaflache Ost” the overburden removed there was continually filled into the pit “Am Steinbruch”, and as early as 2008 the northern section could be prepared with a humus layer for the recultivation. In 2010, following the wishes of the owner of the area, this area was planted with young trees, and a small humidity biotope was installed over 1 % of the area. The remaining area is currently still used as a dumping ground, with its recultivation planned for the coming years. 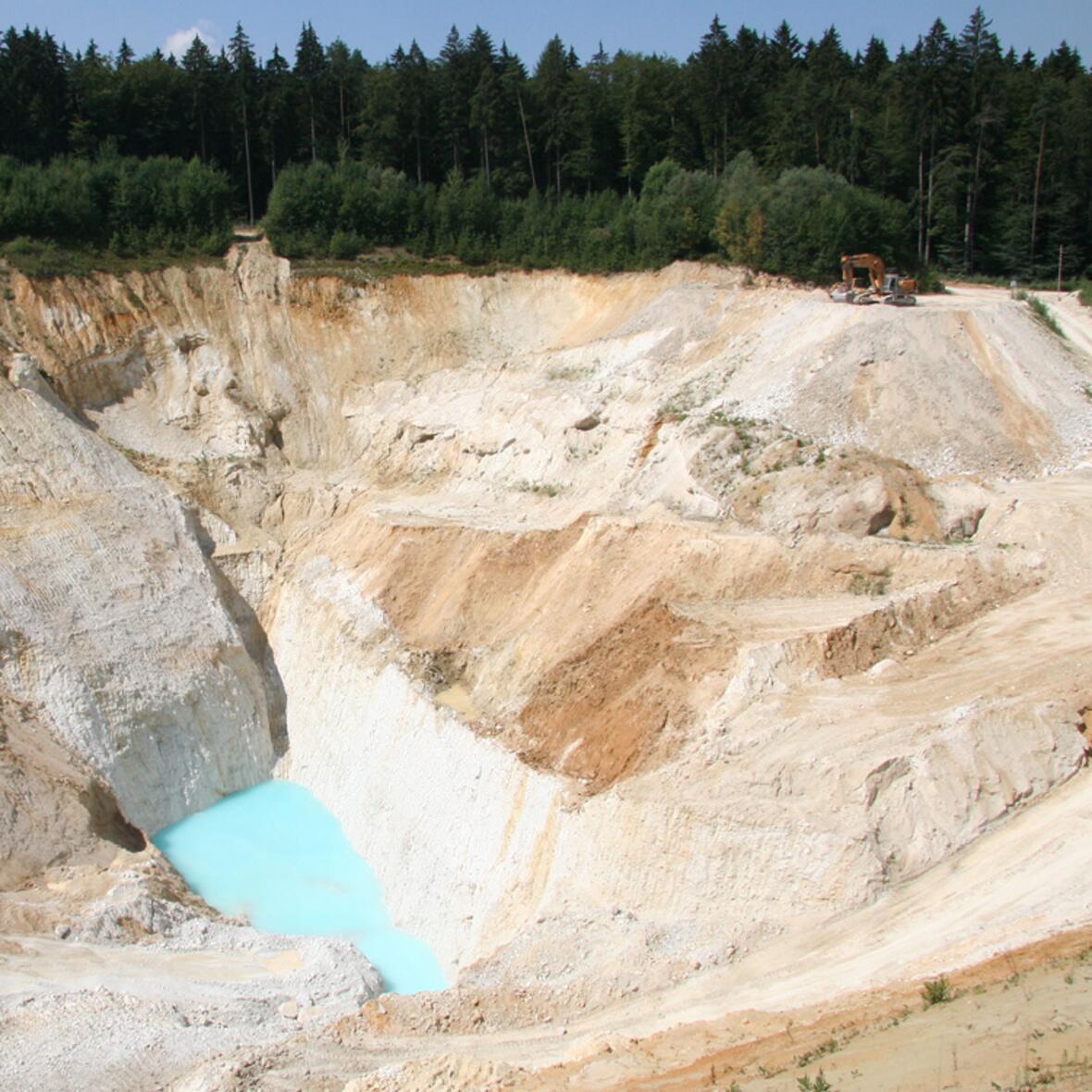 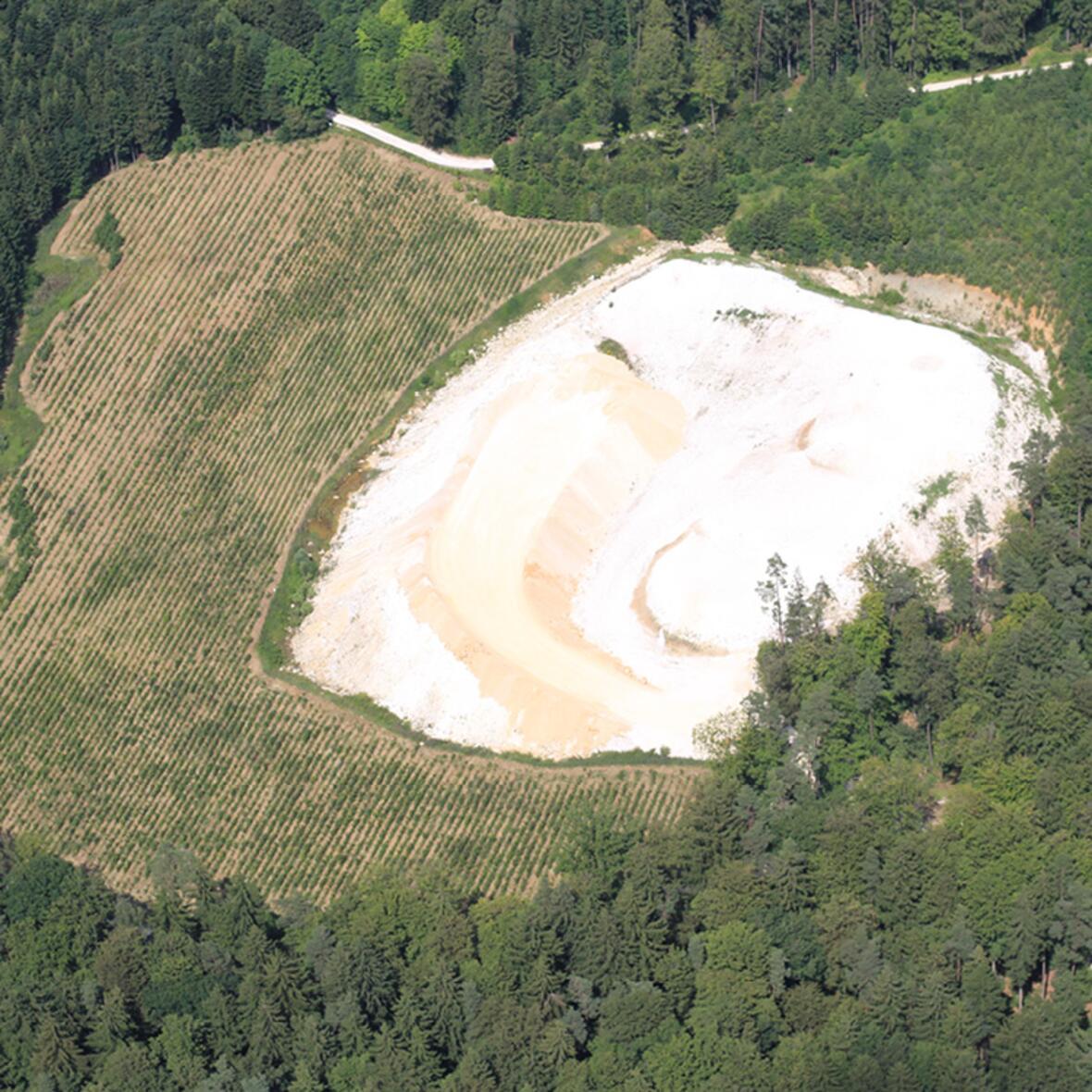