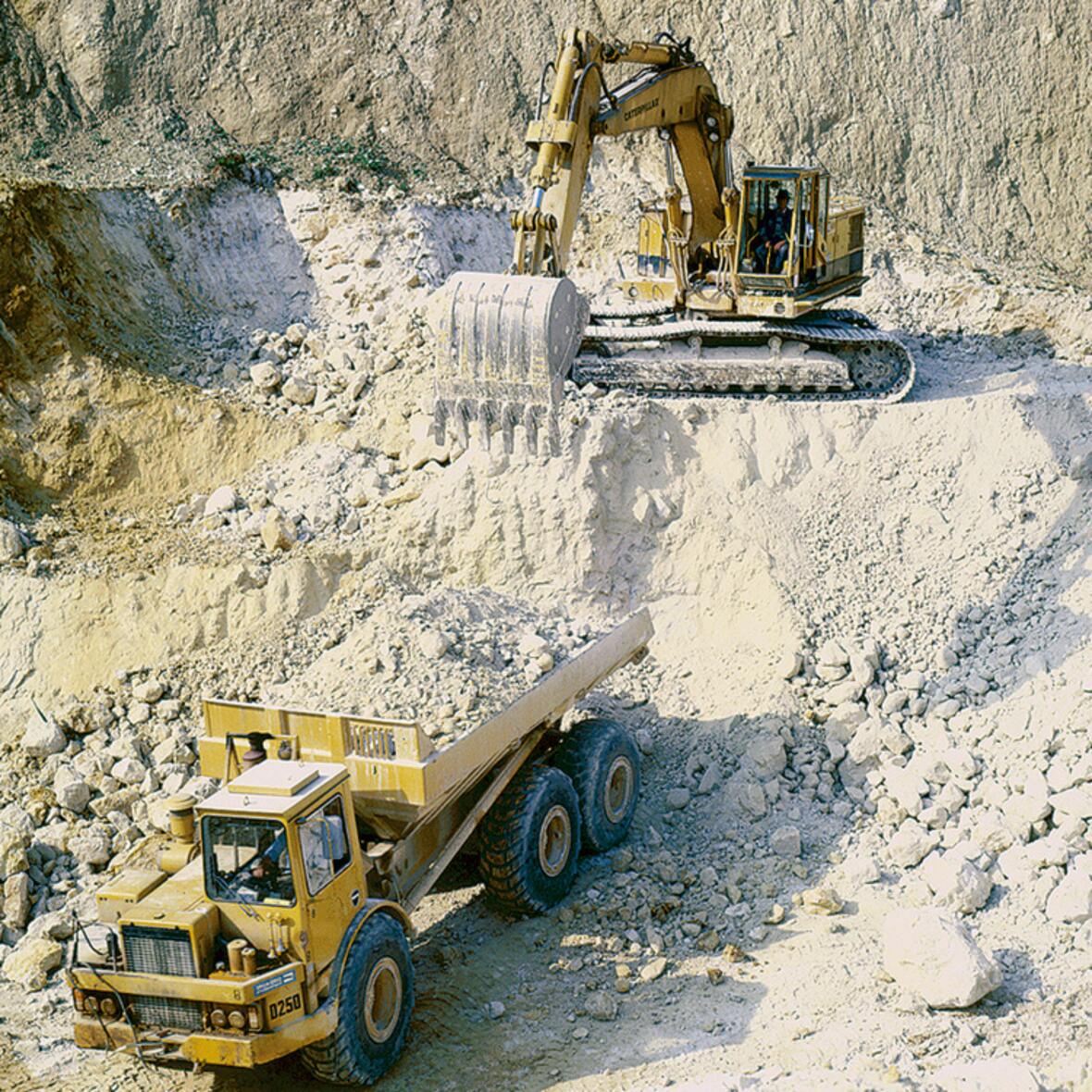 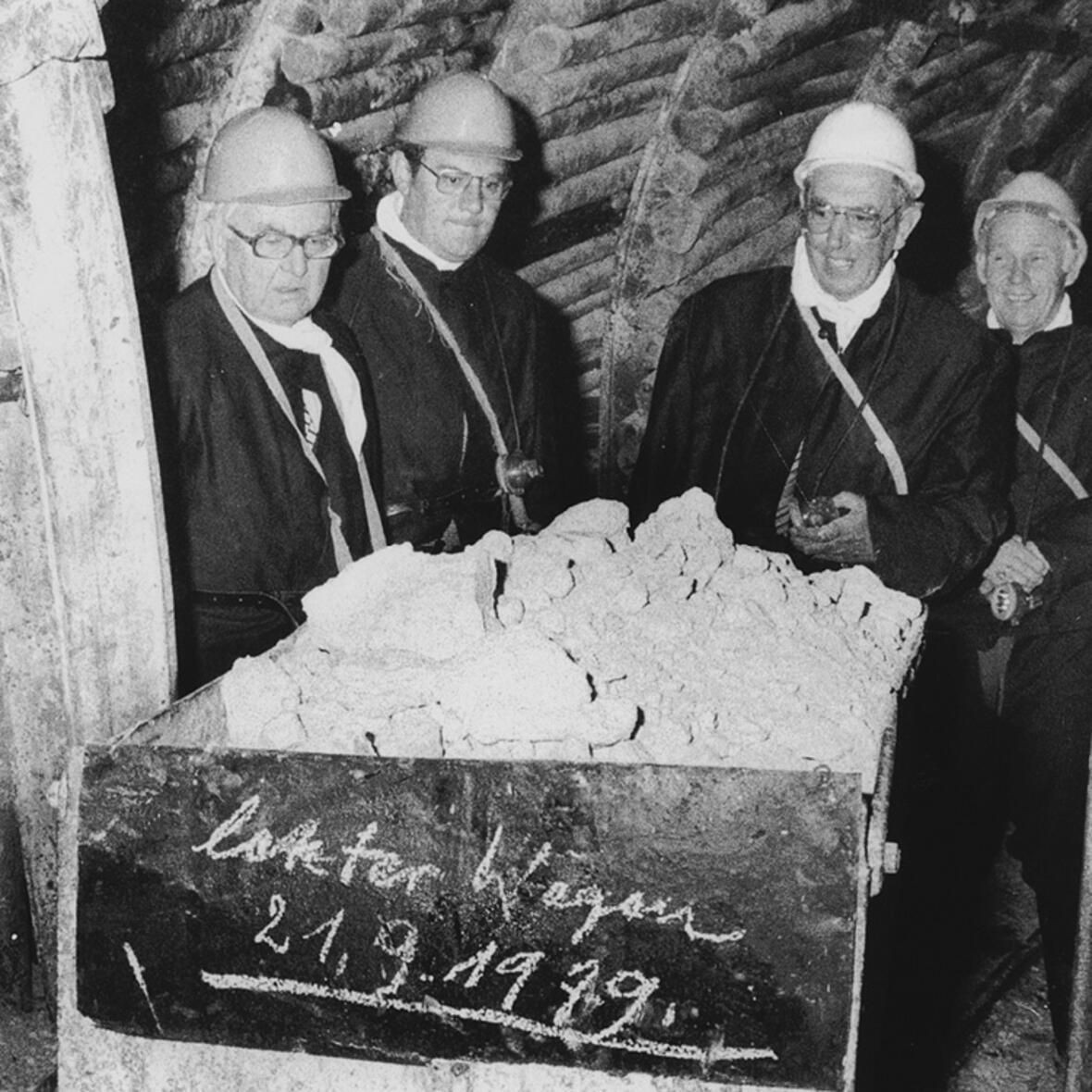 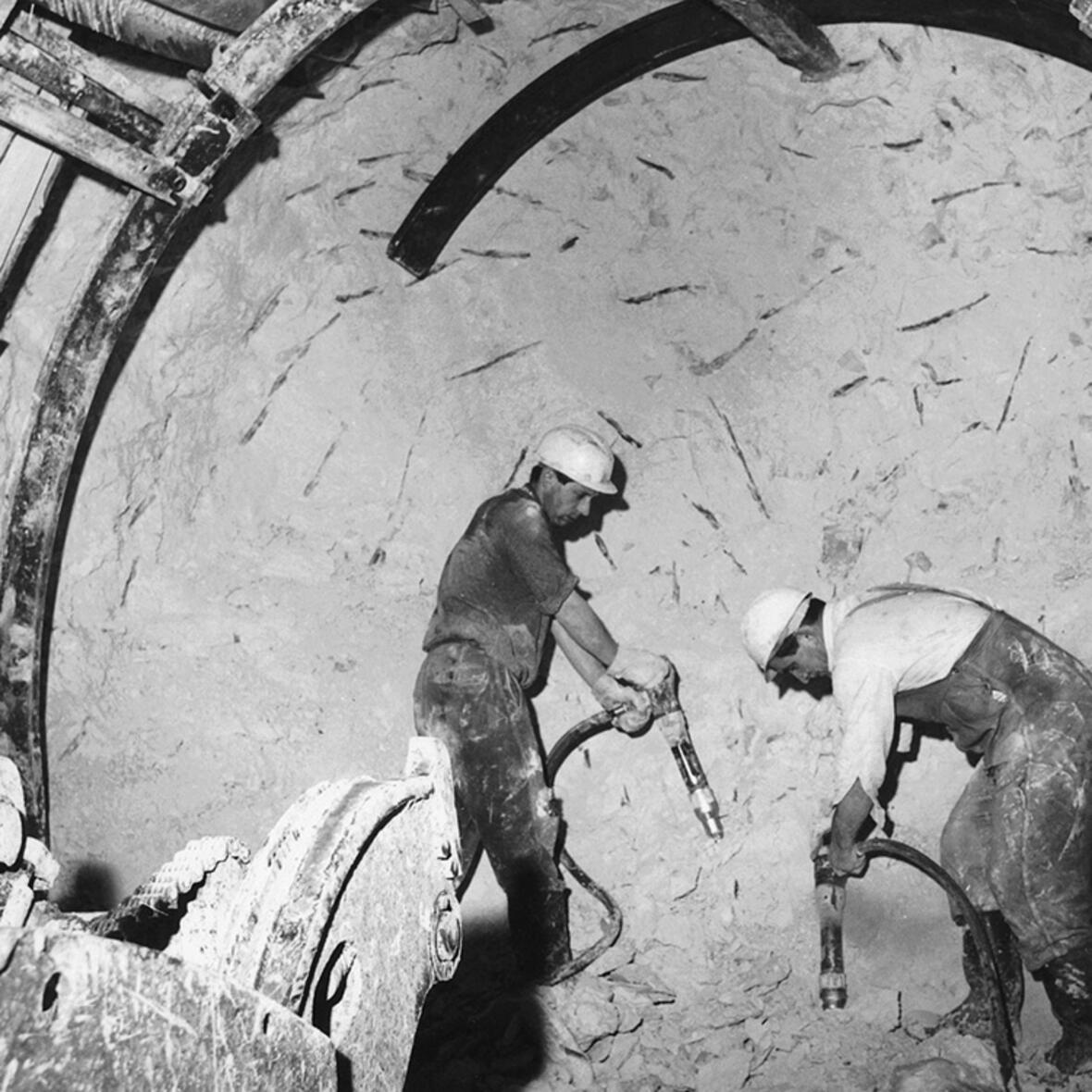 As early as about one-thousand years ago, underground mining already was carried out in the Neuburg region. At that time, the miners, however, dug for iron ore lumps and for clay. The 19th century saw a growing interest in siliceous earth, which mainly was extracted in open pits, but also underground. The mining underground resulted from the advantage that the work could take place irrespective of weather conditions. In view of safety considerations, it had to be accepted that large parts of a deposit could not be fully exploited. With modern equipment like dredges, heavy trucks and pumps, today open-pit mining not only offers substantially more safety, but also allows an almost complete exploitation of existing deposits. In 1979, Hoffmann sets an end to underground mining, and with this closes a whole chapter of the history of siliceous earth exploitation.